The objective of this task is the enhancement of speech signals immersed in a noisy 3D environment. Here the models are expected to extract the monophonic voice signal from the 3D mixture containing various background noises, eventually supported by a RGB image. Therefore, for this task we also provide the clean monophonic speech signal as target.
The evaluation metric for this task is a combination of the short-time objective intelligibility (STOI), which estimates the intelligibility of the output speech signal, and word error rate (WER), computed to assess the effects of the enhancement for speech recognition purposes. The final metric for this task is given by (STOI+(1−WER))/2, which lies in the 0-1 range and higher values are better. 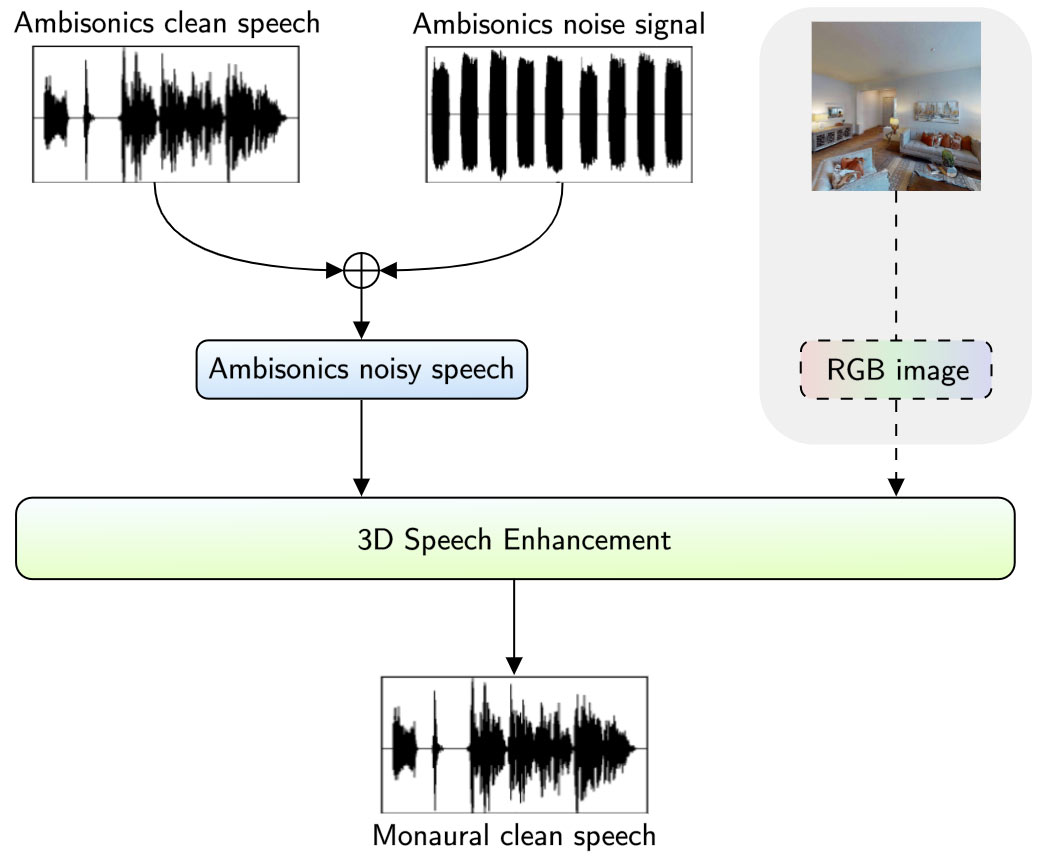 The main characteristics of the L3DAS23 Task1 section are:

The predictors data of this section are released as 8-channels 16kHz 16 bit wav files, consisting of 2 sets of first-order Ambisonics recordings (4 channels each). The channels order is [WA,YA,ZA,XA,WB,YB,ZB,XB], where A/B refers to the used microphone and WYZX  are the b-format ambisonics channels. A csv file named audio_image.csv connects each audio to its respective image.

The dataset is organized as follows: